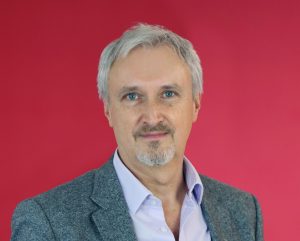 Mike Dodds was appointed as Advisory Board Director at The Salocin Group in January 2022.

An award-winning, international business leader, NED, mentor, and advisor, Mikes possesses over thirty years’ experience transforming some of the world’s foremost professional marketing services companies.  During this time, he spent 12 years at both WPP and Omnicom where he was CEO of OgilvyOne, CEO of Proximity London, Global CEO of Proximity Worldwide and Managing Director of RAPP EMEA.

Mike’s unique in that he has led not one but two network agencies to be recognised as Campaign magazine’s “Agency of the Year”.  Ogilvy One in 2007 and Proximity in 2015.

Throughout his career he has been associated with delivering award-winning campaigns and growth to some of the UK’s most iconic brands including BT, BA, BBC, Lloyds Banking Group, Virgin Atlantic and John Lewis.

In January 2021 Mike left the marketing services world to focus on advisory and NED work and today acts as an advisor and non-exec to several independent and AIM listed businesses.